Cleansing and protective properties of shungite have been known for a long time. This stone was widely used many years ago. This hard mineral is not only durable, but also has a lot of applications. It strengthens the human immune system, cleansing it of toxins. Shungite tiles are a beautiful and at the same time a very functional decorative element.

In every home or office there are various electronic devices that produce electromagnetic radiation. You can reduce their harmful effects thanks to the protective properties of shungite.

Shungite tiles are a discreet and aesthetic addition that should be found in every home and office. You can put them close to devices or attach them directly to home appliances, such as:

Despite their compact dimensions, shungite tiles have great power! They provide strong protection against electromagnetic frequency (EMF), which is ubiquitous in the modern world full of technology and electronic devices.

You can also use them as a cell phone pad and any other electronic device to neutralize electromagnetic radiation. The tile absorbs part of such a field if you place the device on it or attach it to it.

Shungite plates also provide health in a different way: they neutralize the influence of geopathic zones and stimulate healing processes in the human body, consuming positive energy and blocking negative energy if it hits the way.

Nanotechnology created by nature itself

Shungite - the unique ability to transform negatives into advantages!

Although the properties of shungite are quite known, scientists do not stop at further research on this mineral. It turns out that he can still surprise.

It owes its wonderful properties above all to fullerenes, i.e. a unique form of carbon in the form of hollow, spherical particles that are in vain to be found in nature.

Shungite placed in a container with water will adjust the structure to it, purifying it. It behaves the same in relation to air.

Shungite plates are therefore much wider than just household appliances and electronics. You can also use them in the form of tiles on the wall!

There is no need to mention the fact that mobile phones emit radiation. All aspects related to it have been studied for several decades. The results so far leave no doubt: it is potentially carcinogenic.

According to the researchers, frequent use of cell phones can significantly contribute to:

In theory, manufacturers are launching new models with better protection for electromagnetic radiation, but this is not enough to completely stop its negative impact.

In fact, the only one hundred percent effective protection would be to completely cut off the use of electronics and household appliances. For obvious reasons, this is not possible. So how do you ensure personal protection against their harmful effects?

You can prevent potential consequences in a very simple and cheap way: just attach the shungite plate to the back panel of your mobile phone!

How to use a shungite phone tile?

Just remove the protective cover and stick it on the phone in the selected place. Note - before gluing, make sure that the selected place is the destination, because peeling and re-gluing a natural stone tile can be difficult and can damage it or equipment.

The board is suitable for all cell phone models, both traditional (keyboards) and smartphones.

The laptop plate will have the same effective use. Just stick it on the visible or invisible part of the housing to effectively absorb the potentially harmful radiation emitted by this device.

Shungite tiles are a great way to combine beautiful decorations with personal protection.

Shungite is a mineral with very high resistance to mechanical damage, including abrasion. Thanks to this, it withstands both very high and extremely low temperatures.

So it can be used both indoors and outdoors.

Another advantage is that despite high resistance to damage, shungite is easily processed at the same time. It can be uniform (black or gray) or ash, with white and gold inserts.

It is therefore an excellent material, not only decorative, but also construction (class 1).

Health and longevity are within reach - take this opportunity to the best and order shungite plates for yourself and your whole family.

Are you struggling with recurring infections and frequent malaise? Perhaps your immune system is weakened. Restore his balance in a simple, safe and effective way.

One of the uses of shungite properties is the creation of chugnit rooms. This method is used primarily by bioenergy therapists.

It involves covering the walls of the room with shungite tiles. Man, being inside, is fully protected against electromagnetic radiation and the negative impact of geopathic zones.

Many people confirm the benefits of being in a shungite room. In their opinion:

Some also say that by combining traditional treatments with being in a shungite room, it helped them fight chronic illness. 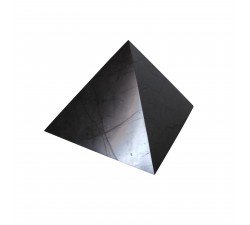 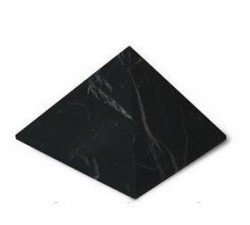 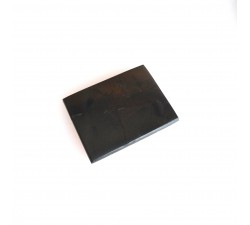 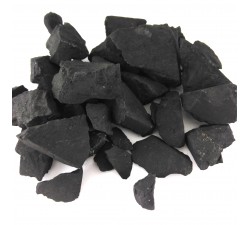 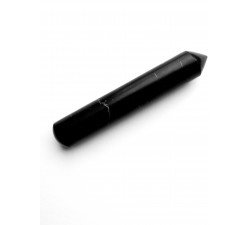 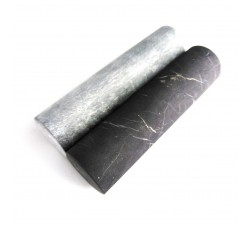 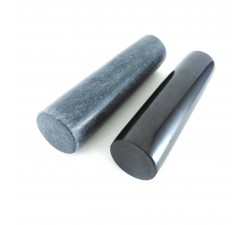 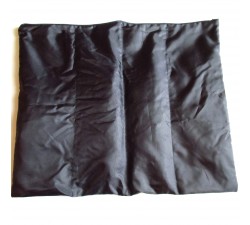 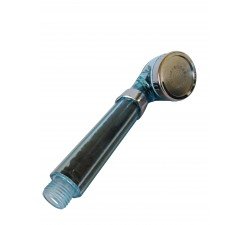 Tiles for divices There are 4 products. 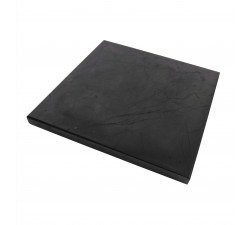 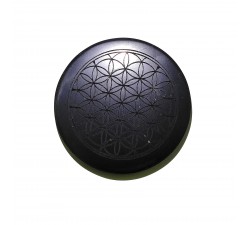